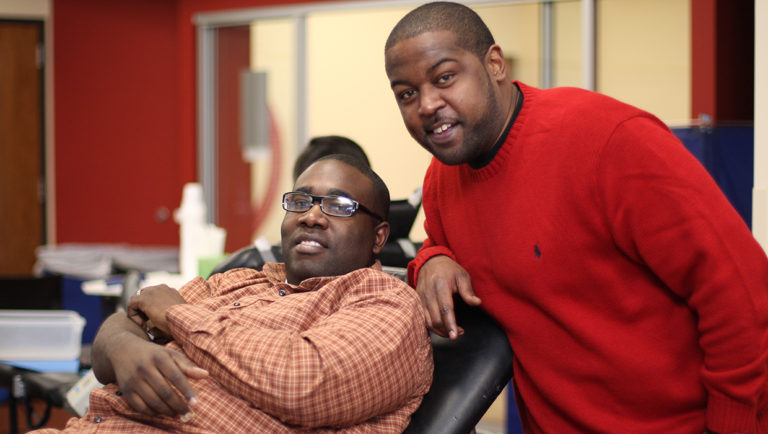 Now, the Wisconsin Black Student Union (WBSU) is committed to being the campus leader in the cause. For more information about this transition click here.

To join the fight against Sickle Cell Disease and to make an appointment, click here.

It is important that blood donors reflect the ethnic diversity of the patients who receive their blood. Patients with Sickle Cell Disease – primarily those in the African-American community – are less likely to have complications from blood donated by African Americans.

Isaiah’s first symptoms appeared when he was six months old and at the age of three, Isaiah had a stroke, which is fairly common in sickle cell patients. To reduce the risk of a second stroke, he was placed on a blood transfusion program that requires him to get transfusions every three weeks.

The transfusion process usually takes place over two days, or one long day, in the Pediatric Special Procedures Clinic at the American Family Children’s Hospital in Madison, Wis. On the first day, Isaiah has his blood typed to match with donor blood. On the second day, he receives his transfusion which takes two to three hours, with an hour of observation after. Each time, Isaiah has his vitals checked before, during, and after the transfusion to make sure he’s not having an allergic reaction to the blood he receives.

Blood donations save lives and allow Sickle Cell patients like Isaiah to continue living as healthy of a life as possible.