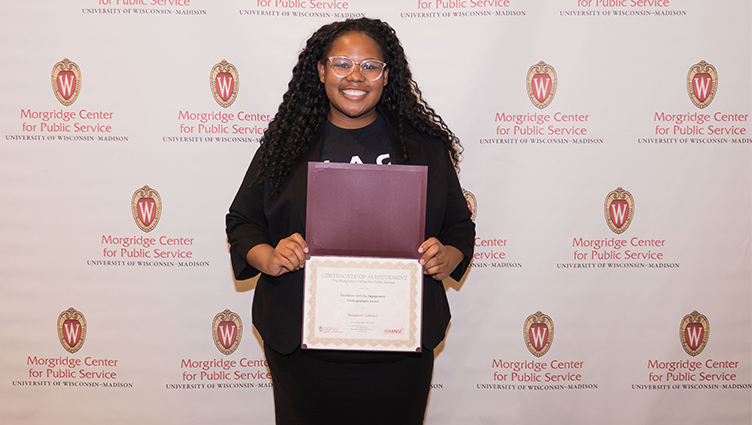 The Morgridge Center for Public Service Excellence in Civic Engagement Undergraduate Award is designed to recognize an undergraduate student who has made community and civic engagement integral to his/her college experience. This award honors student involvement in the community that promotes strong reciprocal partnerships with community agencies and makes a significant impact.

The Excellence in Civic Engagement Undergraduate Award recipient receives a $400 stipend and will be honored during the spring semester.