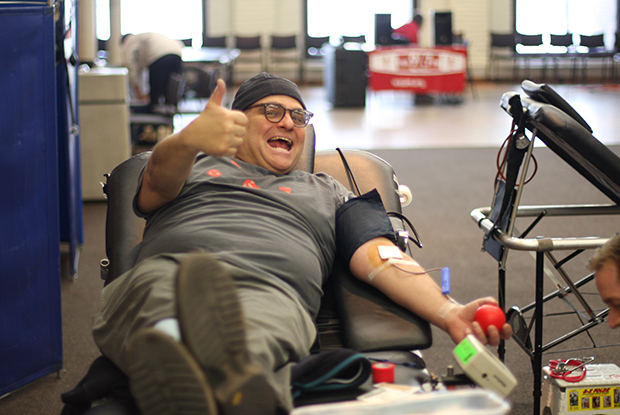 The Morgridge Center for Public Service hosted the drive on Sept. 12 at Memorial Union. Students and staff from on and off campus gave their time and blood to save lives.

In addition to collecting blood donations, the drive aimed to increase awareness about Sickle Cell Anemia, a disease that affects red blood cells. The disease is mainly prevalent among the African American community.

African American students, staff and community members were especially encouraged to donate due to the fact that blood transfusions have fewer complications when blood donors reflect the ethnic diversity of the patients who receive their blood.

If you were unable to make it to the drive, but are interested in donating blood, you can visit redcrossblood.org to search for upcoming drives in the area.