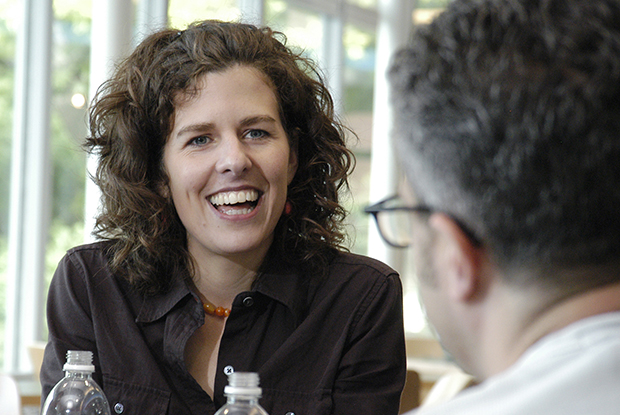 Morgridge Center for Public Service interim director Kathy Cramer has been named one of 30 area ‘Women to Watch’ in 2015 by BRAVA Magazine.

The honor was announced in BRAVA’s January 2015 issue. The publication describes the individuals honored as “inspiring women who will make a positive impact upon the lives of others and our community in 2015.”

“Each woman to watch is working to raise up women and children and to help the vulnerable, marginalized and disenfranchised,” the publication continues. “They are speaking up – with spirit. They are closing gaps and eliminating disparities that divide us. Ultimately, they are change agents hard at work building a more equitable future and a better, healthier Madison that’s filled with opportunity—right now.”

A UW-Madison graduate, Kramer was named interim director at the Morgridge Center for Public Service in June 2014. She also holds a professorship in the Department of Political Science.

BRAVA Magazine lauds Kramer both for her work with the Morgridge Center for Public Service as well as with community organizations such as the Madison Metropolitan School District, the YWCA and the City of Madison’s Equal Opportunity Commission.

“Being a keen listen with a down-to-earth personality has helped Kathy Cramer bridge the gap between people of different races and backgrounds in Madison and across Wisconsin,” BRAVA Magazine’s January 2015 issue reads. “She is building engagement through faculty and staff initiatives for community work and collaboration with city organizations.”

Morgridge Center Board of Visitors member Nasra Wehelie, President of Dedicated Consultants LLC and founder of the Muslim Youth of Madison, was also named to the list.

All 30 women will be honored at a reception Jan. 9 in Madison.

You can see the full list of honorees and read the complete feature here.