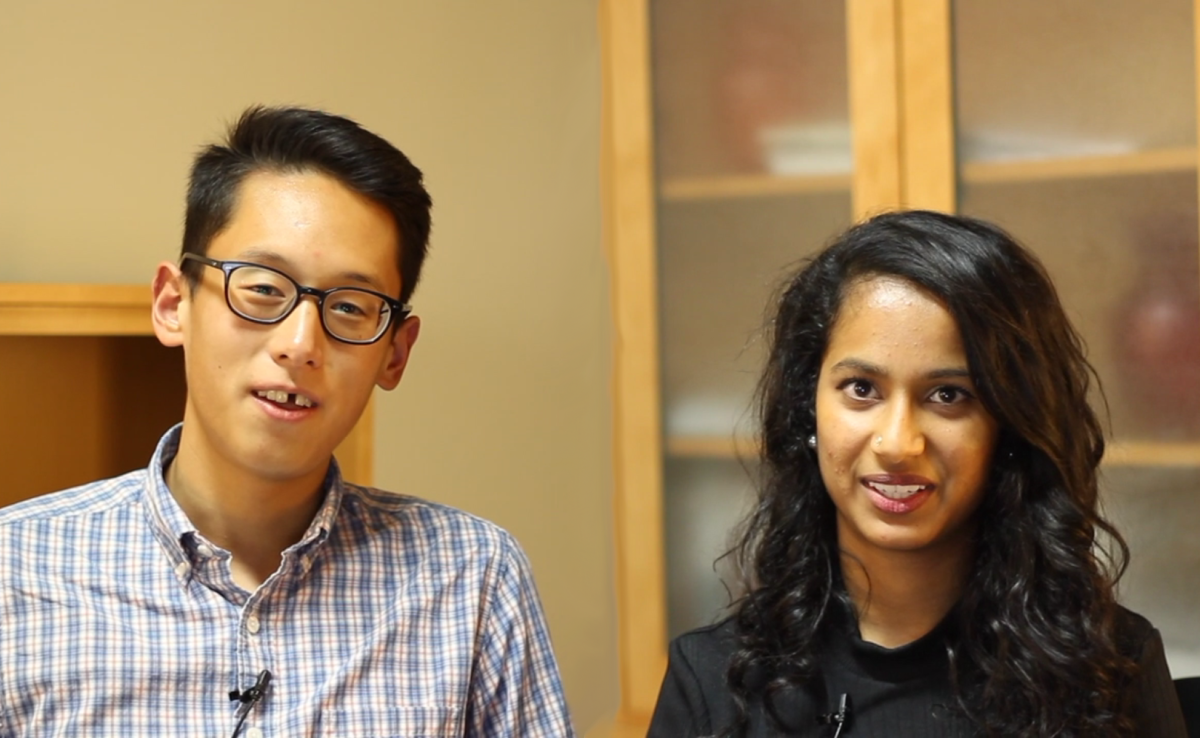 Swetha Saseedhar spent a large part of the last year talking with dozens of people in southern Wisconsin struggling against poverty. And as she listened intently, her mind also went to her own family’s story half a world away.

The UW-Madison senior is an immigrant from India. Before coming to America, Saseedhar says her parents and grandparents all lived in a one-bedroom home as they worked to make ends meet—which sounded like many stories she was now hearing in southern Wisconsin.

Over the last 18 months, Saseedhar has been part of a team of UW-Madison students assembling a Community Needs Assessment for the Community Action Coalition (CAC) of Southern Wisconsin — a community action agency serving Dane, Jefferson and Waukesha counties. The team met with over 275 people in communities across the three counties to better understand economic struggles and what policy solutions might help.

But despite the many layers of difficulty Saseedhar and her team uncovered, she says just like her own family, she found that people refuse to give up.

“A lot of them talked about their stories of resilience,” said Saseedhar, a Biology, French and Global Health sudent. “That really sticks with me, because I’m an immigrant from India. And my family had been struggling economically until a few years ago, so that was a connection I have with them.”

Community action agencies are organizations established under the Economic Opportunity Act of of 1964 to fight America’s “War on Poverty.” Every three years, these organizations (about 1,000 across the country) are required to complete a community needs assessment.

UW-Madison senior Jarjeh Fang led the student team completing the CAC’s Community Needs Assessment. His junior year, he had sent an email to the CAC’s executive director asking if there were any volunteer opportunities. Fang, who’s studying Neurobiology and Political Science, got a response back that they had a needs assessment that needed to get done.

“And I said, that sounds gruesome and grueling,” said Fang. “I don’t have any background in community-based research, and this is really not something I have expertise in.” But he couldn’t shake the idea.

“A week later I came back and said, no, I’d really like I think to do this.”

“We wanted to sort of push that a little bit,” said Fan. “Try to do something with it.”

So Fang and Saseedhar applied for and were awarded a Wisconsin Idea Fellowship by the Morgridge Center for Public Service to support the development of an action plan based on the assessment’s findings.

“People share their stories with you with the expectation that things will change and that you’ll do something with it,” Fang said. “And when that doesn’t happen, the relationship becomes exploitative, and we wanted to avoid that.”

Before they could develop solutions though, they had to better understand the issues. The team drove across the three counties, holding 20 focus groups and asking people to share deeply personal stories about economic struggles.

“A lot of these people were really willing to help, and they cared a lot about their communities,” said Saseedhar. “And they shared these very personal stories with us and trusted us to use these stories to actually create change.”

Although poverty is down overall in Wisconsin since the end of the Great Recession, the poverty rate in Dane County still stands at 11.4%, in Jefferson County: 9.3% and in Waukesha County: 4.5%. And those numbers all represent thousands of real stories.

“They have a preconceived idea of who I am. They judge me with one glance… it holds you back,” a woman experiencing homelessness in Waukesha County told the group.

“All I do is work, but if I don’t work, we don’t make it. And there isn’t enough time for them,” confided one Dane County mother, through tears.

One man had recently found permanent housing, but now said her felt isolated from the community he had when homeless. His isolation, a common thread for many in the focus groups, had led to despair. The man said his dog was his only companion and once his dog died, he didn’t think he would have the will to keep living.

“On the car ride back, all of us sort of sat in silence because we didn’t really know what to do with that information,” said Fang, reflecting.

When focus group interviews concluded, the team used the qualitative data as well as additional quantitative data to put together a list of seven key findings on poverty in Dane, Jefferson and Waukesha Counties:

But gathering information wasn’t enough. Fang says many participants let them know they felt like they only ever saw people asking about their lives once every three years; Many said they never saw solutions to their problems.

The team published a 62-page Community Needs Assessment that included a list of recommendations, a foundation for Fang and Saseedhar’s action plan. Recommended programs and policies include:

Using funding from their Wisconsin Idea Fellowship, Fang and Saseedhar are particularly interested in working with groups of community leaders to develop a model for peer navigator groups.

The cohort-based model supports people who have themselves experienced poverty to act as navigators for others facing similar difficulties. The navigators guide others through the often complicated systems, identify available programs and create a community of support.

The pair, who will both graduate this spring, say the assessment was both challenging and rewarding. And their hope is the effort of their team and the hundreds who shared their stories in focus groups can catalyze new solutions and policies.

“It was important for us to show that this wasn’t going to be just a one-time thing,” said Saseedhar. “That this research project was actually going to hopefully turn into a bigger project that would involve these communities.”