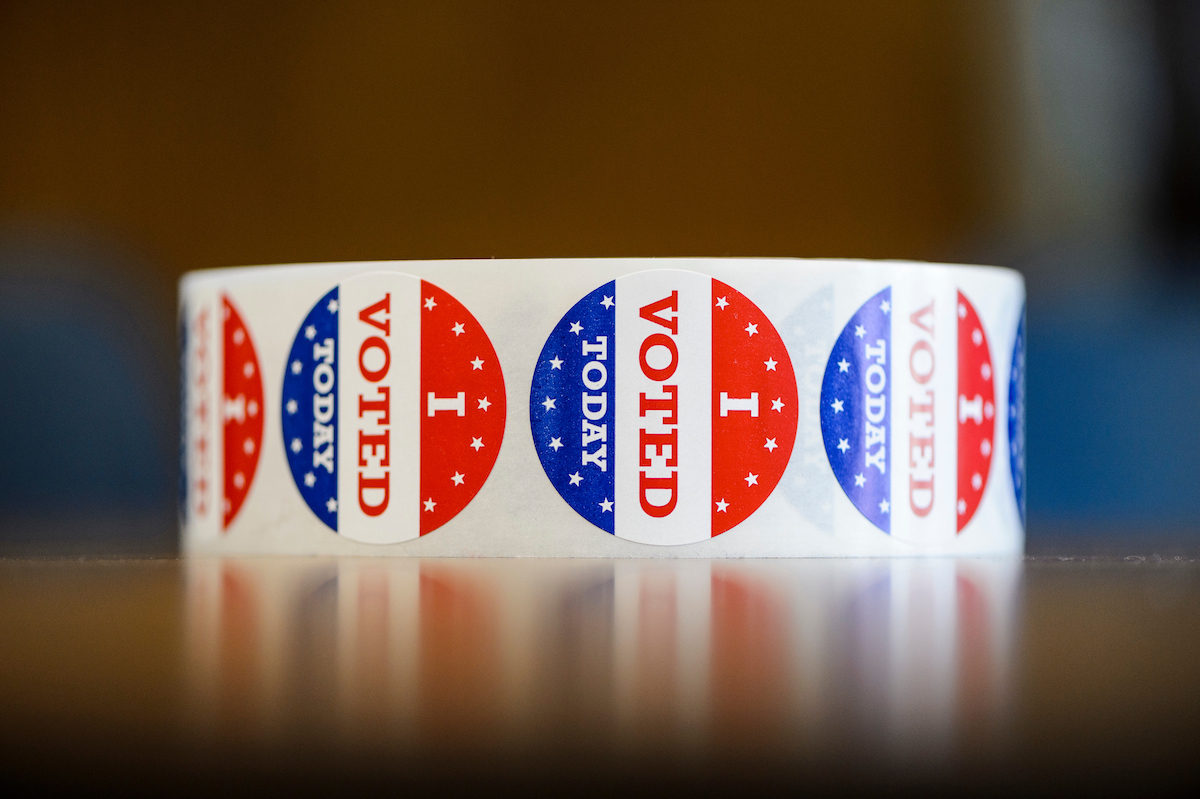 Two voter registration/absentee voting efforts on campus next week, in advance of the Feb. 20 primary election, kick off an election year in which UW–Madison is committed to promoting civic engagement among students.

UW-Madison is competing in the Big Ten Voting Challenge, a nonpartisan effort that aims to mobilize registration and turnout efforts at all 14 Big Ten universities. Trophies will go to the universities with the highest voter turnout and the most improved turnout.

“One of the most important values we teach at our universities is the importance of civic engagement. Voting in elections gives our students a voice in the democratic process and in the decisions that affect local, state, and national issues,” the participating chancellors and presidents wrote in an announcement of the Big Ten Voting Challenge.

The Feb. 20 primary election includes a Wisconsin Supreme Court Justice seat (with three candidates, the two top finishers in the Feb. 20 primary advance to the April 3 general election) and many local seats. To see what’s on your ballot, go to https://myvote.wi.gov/en-US/PreviewMyBallot.

Voter information for students is available at vote.wisc.edu. You can register to vote at your polling station on Election Day, but being pre-registered helps you vote faster.

For students without those forms of ID, UW–Madison’s Wiscard Office in Union South provides a free voter-compliant ID card to enrolled students. The card is available at the Wiscard Office at Union South from 8:30 a.m. to 5 p.m. Monday to Friday.

To vote using this ID a student will need to present the card along with the voter enrollment verification letter available in the Student Center. This letter can be printed off or presented to the poll worker on an electronic device. The letter can also be used as proof of residence when registering to vote. The student will need to have their current mailing address entered in the Student Center.

On the election days of Feb. 20, April 3 and Nov. 6, a second voter ID distribution site will be available in Gordon Dining and Event Center.

UW-Madison has a strong record of successful student participation in elections thanks to partnerships between Associated Students of Madison, the Division of Student Life, the Morgridge Center for Public Service, University Housing, the Wisconsin Union and elections officials in the city of Madison and Dane County.