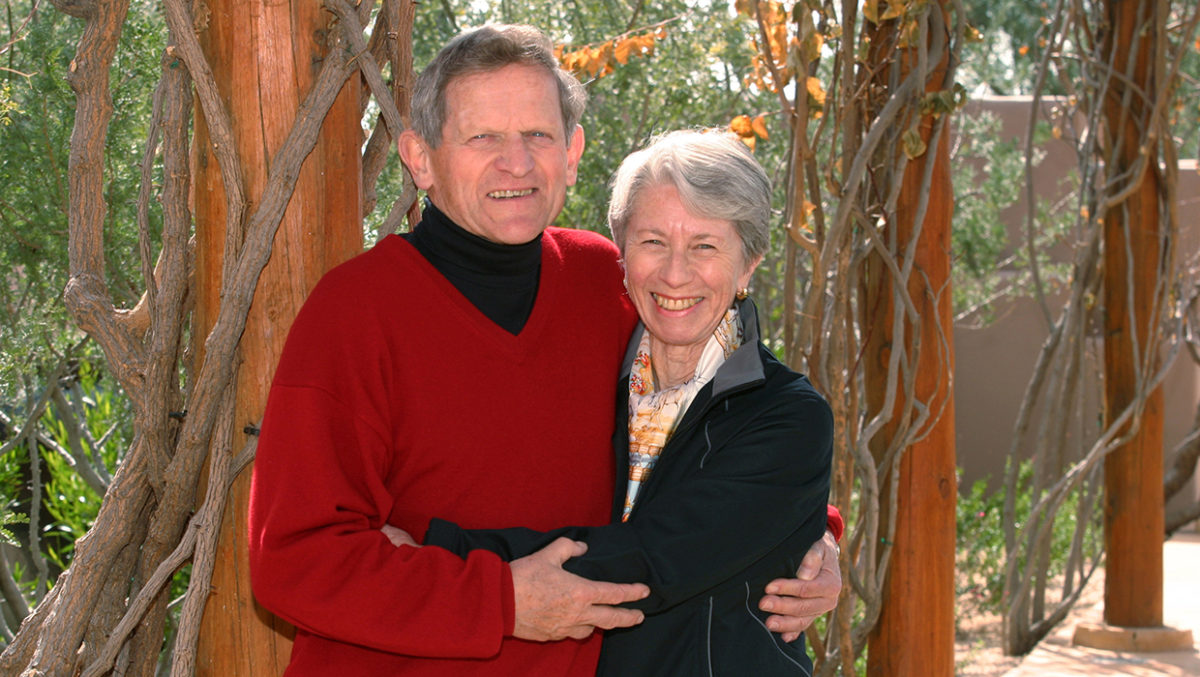 John and Tashia Morgridge have been awarded the 2015 James C. Morgran Global Humanitarian Award by the Tech Museum of Innovation in San Jose, California.

The Global Humanitarian Award honors individuals whose broad vision, leadership and philanthropy address the world’s most challenging problems. John and Tashia Morgirdge are the 12th recipients.

The award follows decades of generosity and leadership by John and Tashia for UW-Madison, the state of Wisconsin and communities across the world.

In 1996, the Morgridges contributed a generous endowment to open the Morgridge Center for Public Service at UW-Madison. The couple envisioned the center as a catalyst to build upon UW-Madison’s long legacy of public service and to better-prepare its students to lead civically-engaged lives.

“We are privileged to see the real results of the Morgridge’s generosity every day,” said Morgridge Center for Public Service director Kathy Cramer. “It’s an amazing honor to have the Morgridge name and to live out their passion and mission in the work we do.”

Originally from Wauwatosa, Wisconsin, the Morgridges have given generously across campus, including a gift totaling $100 million to establish the Morgridge Institute for Research and $32 million to renovate and expand the School of Education building. And just last fall John and Tashia gave a landmark $100 million gift to the university to inspire and match donations for new and enhanced professorships, chairs and distinguished chairs at UW-Madison.

“I’ve come to appreciate that earning money can be a lot of fun,” John Morgridge said in a video announcing the award. “But giving it away can be just as delightful.”

In 2010, John and Tashia Morgridge joined fellow philanthropists such as Warren Buffett, Mark Zuckerberg and Bill Gates in The Giving Pledge, promising to give away the majority of their wealth within their lifetimes.

The Morgridges will be formally honored on November 12, 2015 at the Tech Awards Gala in San Jose.