As the fall semester and 2017 come to a close, the Morgridge Center for Public Service will be saying goodbye to one of our own beloved staff members.

Kathy Cramer will be stepping down as the faculty director and returning to a full-time position as a professor in the Political Science department at UW-Madison. In her return to North Hall, Cramer will be pursuing multiple research projects focusing on public opinion, civic engagement and deliberative democracy.

Cramer first got involved with the Morgridge Center back in 2000 when she was a new faculty member after receiving a flyer in her mailbox encouraging professors to teach Service Learning courses. Service Learning courses (or Community-Based Learning courses) are academic courses that engage students in work with a community partner such as a nonprofit organization or government agency to more deeply learn course content.

“I was a new political science professor at the time and had been told by my department, you have to create your own classes and the idea of a Community-Based Learning course just seemed to fit,” Cramer said. “I teach civic engagement and political participation and I thought, well that would be an awesome way to teach those topics, to actually have students involved in citizenship.” 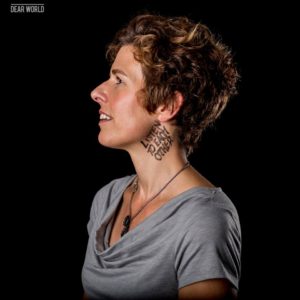 After many years of being a close friend of the Morgridge Center, Cramer became its faculty director in May 2014 after getting a call from Nancy Matthews, the previous director, highly recommending her for the job.

“Initially I thought, ‘there’s no way I can do that job,’ but by the end of that week Julie Underwood (who was Dean of the School of Education at the time) had convinced me to come and put my money where my mouth was and I’m just so grateful they did,” Cramer said.

A native of Grafton, Wis., Cramer has made a career both at the Morgridge Center and in academia of vigorously pursuing the Wisconsin Idea to better connect UW-Madison to local, statewide and global communities. As a whole, the Morgridge Center for Public Service helps advance the Wisconsin Idea by developing and promoting civic engagement and learning through service within communities across the state and around the globe.

“I believe in my work because, just in my personal life and in my professional life, the thing that I really care about is having a world where people are decent to one another,” Cramer said. “I really do believe that democracy is a good form of governance and that it can work well, but I’m also super mindful that it is broken in many ways. These are the kinds of things I study so working here has just felt like, it’s so consistent with my values and what I care about in the world.”

What makes Cramer so devoted to her studies and to her work at the Morgridge Center, however, aren’t just her values but the passionate professional and student staff she works with.

“That fact that everyone else [at the Morgridge Center] is so dedicated makes it so easy to be dedicated and makes me feel even more like I better do my best job because the people around me are so invested in it too,” Cramer said.

Even though Cramer is moving on in her career from the Red Gym, her contributions and legacy will continue to live on both at the Morgridge Center and across other campus departments.

“It’s been great to see when I’m able to talk about my research and the deep divides in our society and the way politics are kind of exacerbating some of those things, that often times the Morgridge Center is a part of those conversations,” Cramer said. “People see that a unit like this is an antidote to all of that. It is a place where we engage people in activities that are about something bigger than themselves and are about the broader public good.”

At the Morgridge Center, her major contribution was bringing discussions of equity and inclusion into the overall operations and daily life of center staff and implementing that into the center’s new strategic plan.

“Initially I thought, ‘there’s no way I can do that job,’ but by the end of that week Julie Underwood (who was Dean of the School of Education at the time) had convinced me to come and put my money where my mouth was and I’m just so grateful they did,” Cramer said.

“I’m proud I was able to get that conversation going, but the thing that I’m most proud of is just the way that we, as a center, have embraced that work and the way the student interns have just really run with the ideas of equity and inclusion,” Cramer said. “You can see its impact in our programs and our daily operations. The fact that it’s just so normal now–that’s the great thing about it I think.”

Although Cramer is sad to see this chapter of her life coming to a close, she is looking forward to what’s ahead: spending more, less-distracted time with her daughter, conducting research and continuing to be a close friend and ally of the Morgridge Center. 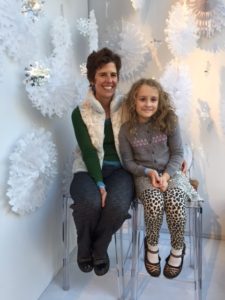 For anyone looking to make a difference or get involved on campus or in the community, she, to no surprise, strongly recommends starting with the Morgridge Center.

“The Morgridge Center really is a gem and a tremendous resource for the campus and the broader community, from three blocks away to across the globe,” Cramer said. “It is just what the best of what this university can be. It’s so fabulous that it’s here and that it’s in the Red Gym. When I go, it’s going to continue to thrive, it’s just going to be slightly different.”